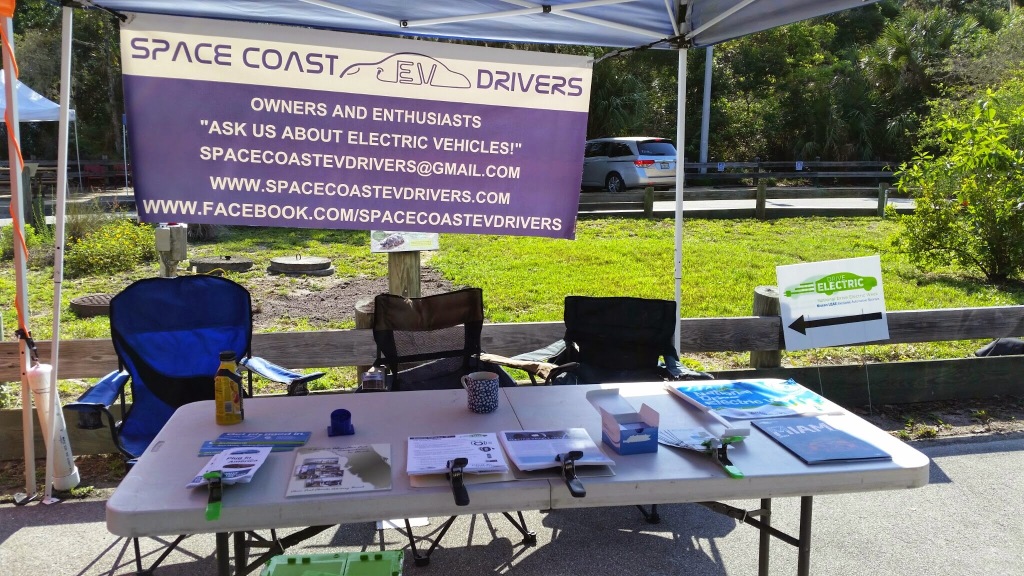 There was only room for two of our EVs at the Enchanted Forest Sanctuary so we decided to bring a 100% electric car (Tesla Roadster) and a plug in hybrid (Chevy Volt) to show the differences and similarities between them. There were lots of visitors that came out with their families for the face painting, fossil digging, local plantlife education, recycling programs, have their picture taken with Smokey the Bear, and to see and talk to many other earth friendly exhibitors. The Space Coast EV Drivers were there to do our standard Q&A session with the public and let everyone know about the many benefits of driving electric. Hardly anyone would believe how little electricity it takes to power an electric car (thanks to the incredible efficiency of electric motors). We had the data and spreadsheets to show them based on our real world, daily driving. People kept asking if we worked for the car companies and were trying to sell them cars. We always laugh and have to explain that we really just love our EVs and want to tell the world! Everyone needs to know the option is there for anyone (especially with used Chevy Volts in the $13,000 range!) We explained how a 100% electric car might be best for a household with two or more cars where the fully electric car would be used for 99% of your daily driving and the other gas or hybrid car would be used for long trips. If you are a one car household, a plug in hybrid EV (PHEV) would be a great choice since you could do 90% of your daily driving on 100% electric then the gasoline generator would automatically start when the batteries run out so that you’re never stranded (something people worry about called “range anxiety” that most EV drivers hardly run into) and you can go on long trips by just filling up with gas along the way without worrying about waiting for a charge. You can plug in whenever you get where you’re going! Lots of people still weren’t aware of that option and we filled them in with all the PHEV models from Ford, Chevy, BMW, and Porche (to name a few) and explained the differences in all electric range, price, etc. We also told them how they
The weather cooperated and it never rained once. It was quite the opposite with the sun really shining and making it a really great Earth Day celebration.

Here’s a few photos we took while we were there. 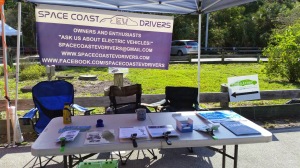 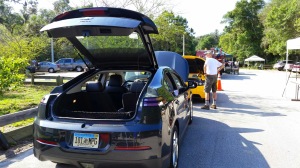 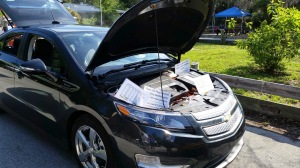 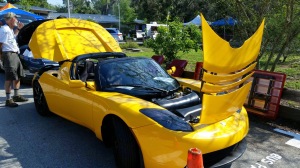 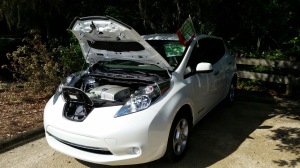 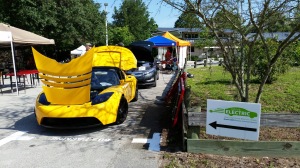 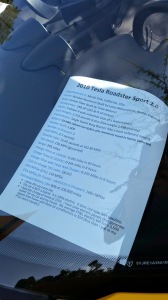 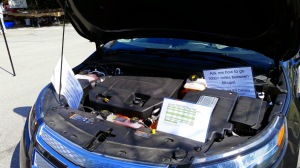 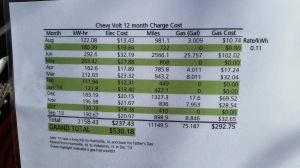 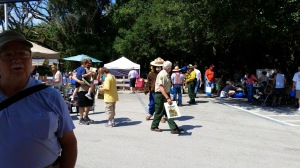 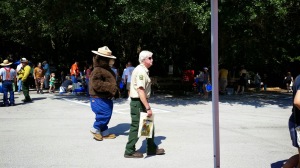