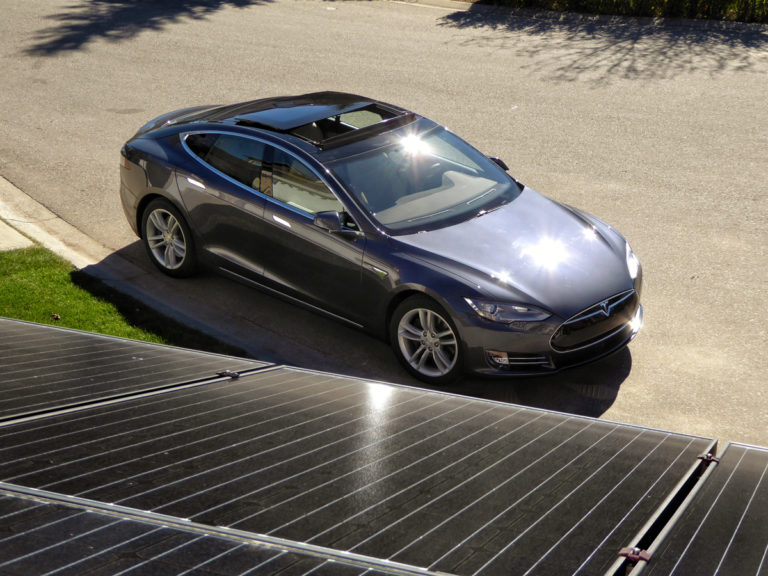 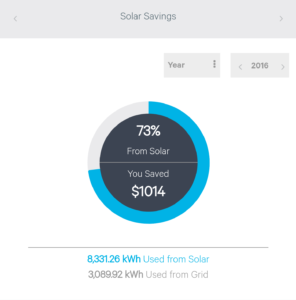 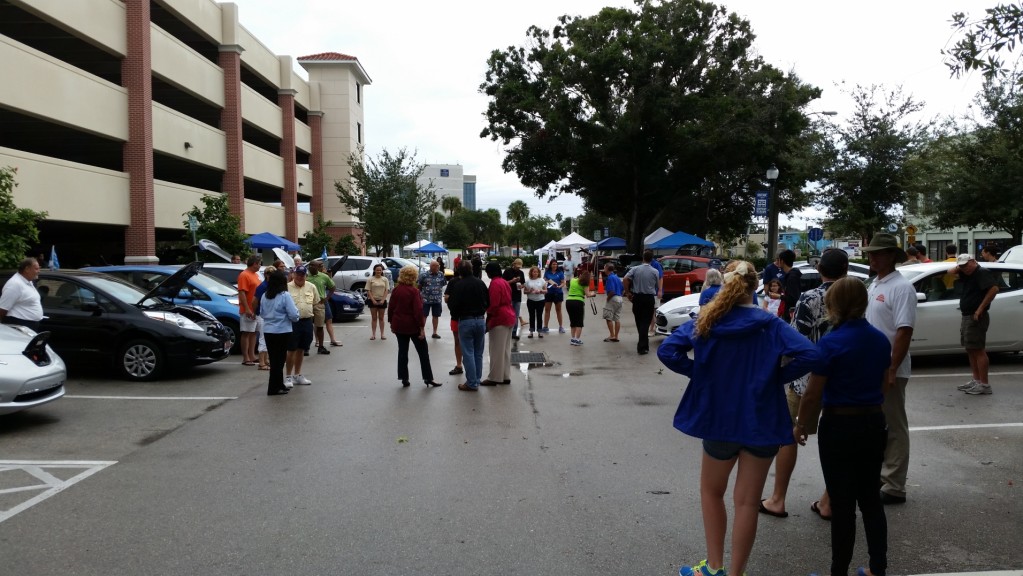 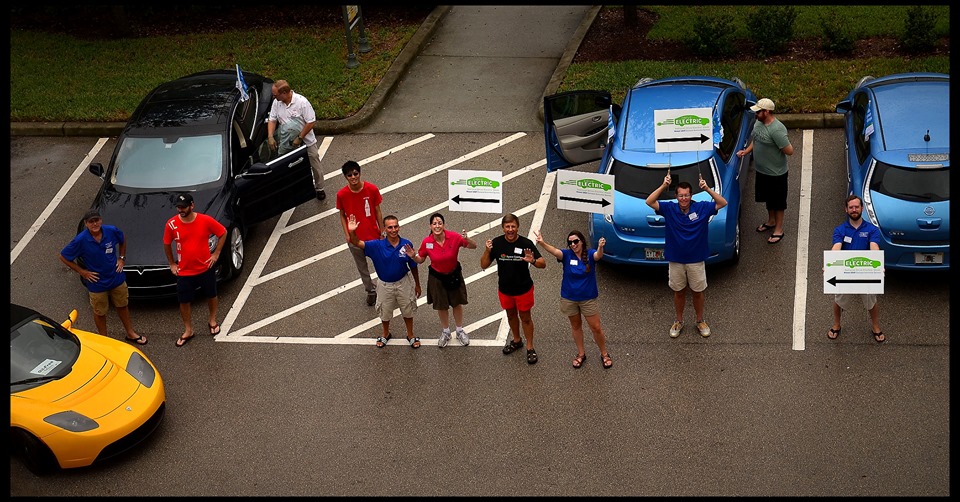 Despite poor weather conditions National Drive Electric Week Melbourne drew around 300 people from the hours of 10-3 to the event on Saturday, Sept 20th at City Hall in downtown Melbourne, FL. The event was organized by our group, the Space Coast EV Drivers with the City of Melbourne partnering with us as our location sponsor.  Event sponsors included Melbourne BMW, Schneider Electric, Brevard Solar,  SEMAConnect and FPL who were all on site with information for EV owners and future owners.  WFIT 89.5 FM was Melbourne’s local National Drive Electric Week Media sponsor. 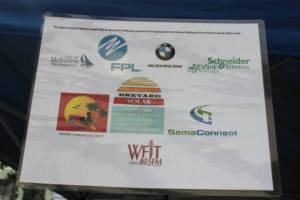 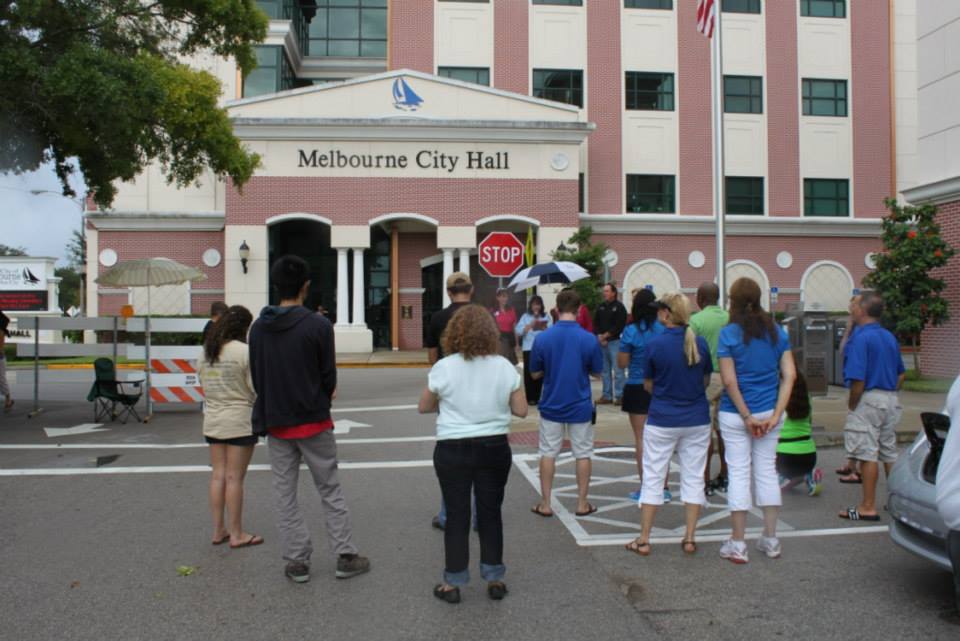 Mayor Kathy Meehan  opened the event by reading a National Drive Electric Week Proclamation alongside  members of the City Council as well as representatives from the City of Melbourne’s Sustainability program.
Over 26 different types of electric vehicles were on display at the event and owners gave a combined number of over 50 test rides or drives during our event.  Event attendees were able to drive or ride in privately  owned Nissan Leafs, Chevy Volts,  Tesla Model S vehicles and a Toyota RAV4EV while the owners of the vehicles shared their personal experience with their vehicle. Even the Mayor got in on the fun and learned more about the all electric Tesla Model S. 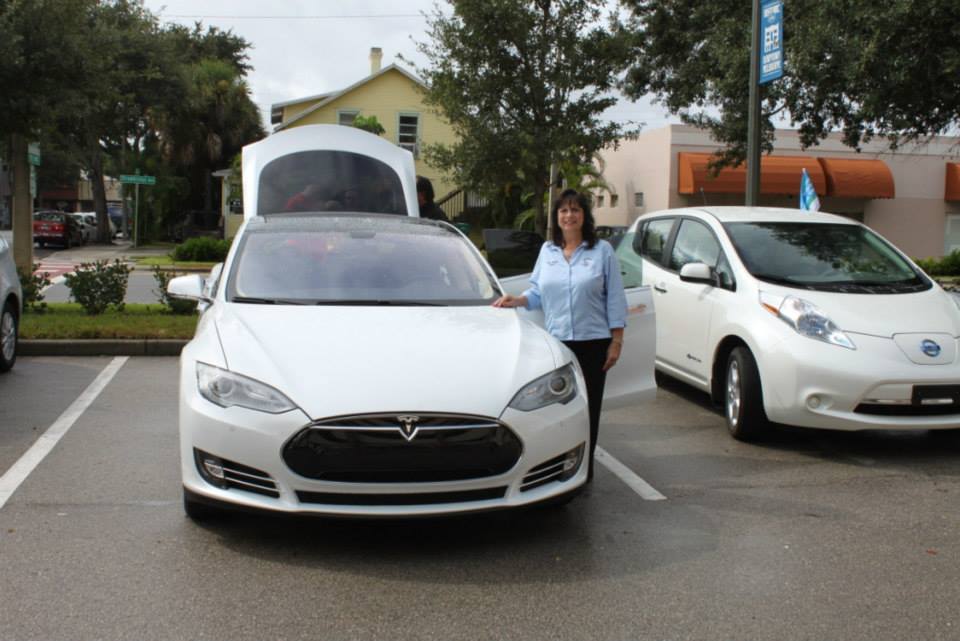 The attendees were able to learn about, price, availability, cost savings and more from the owners of the vehicles. Other EVs such as e-bikes, a Tesla Roadster, BMW i3s , Ford Fusion Energi plug in hybrids  and a Porsche Panamera S E-Hybrid were also on display at the event. Personally owned Nissan Leafs as well as Chevy Volts dominated the event.
Josh and Brenna, founders of the SCEV Drivers group were on hand all day to give information to attendees and answer any questions. 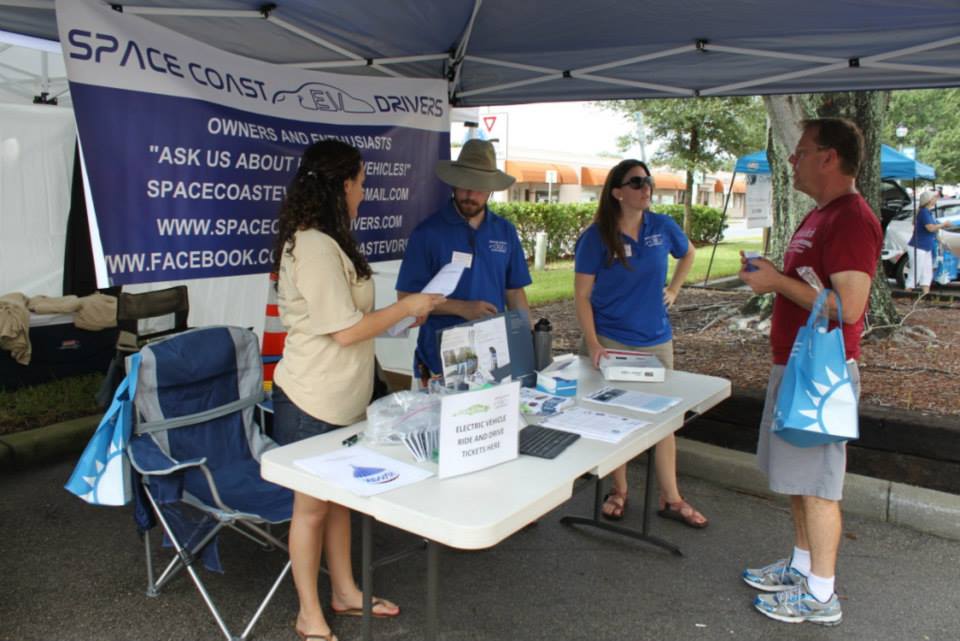 Both Florida Today and News 13 were on site to cover the event as well as local bloggers. 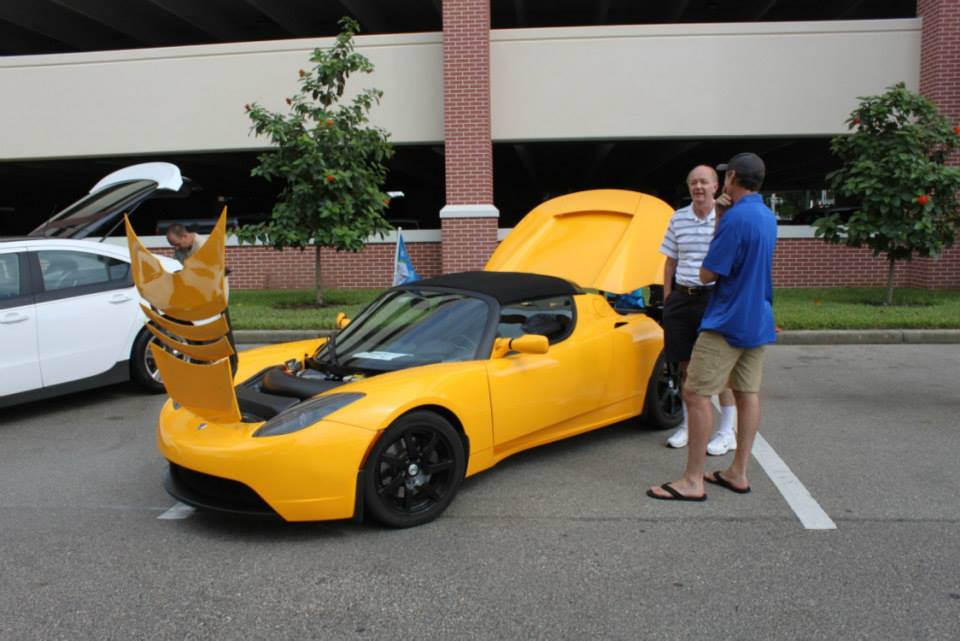 “The Melbourne event, organized by the Space Coast Electric Vehicle Drivers club, had high-end electric vehicles as well as economy models on display. The yellow Tesla Roadster, BMW i3 and Porsche Panamera S E-Hybrid were the most popular vehicles.” – Florida Today 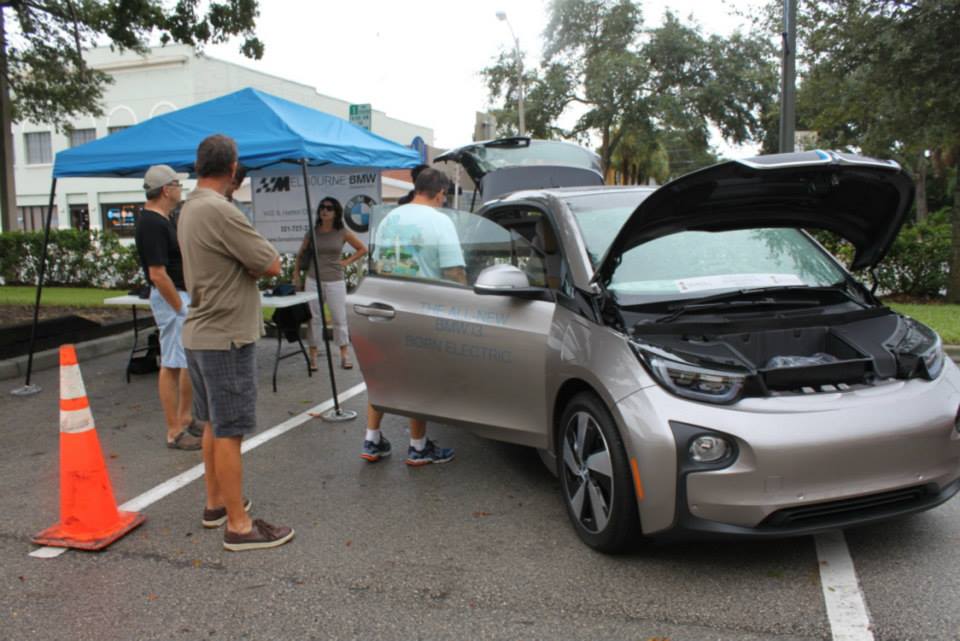 We look forward to next years event!
Be sure to check out the event coverage from Florida Today by following these links:
http://www.floridatoday.com/story/news/local/2014/09/20/event-shows-latest-electric-car-models/15989847/ 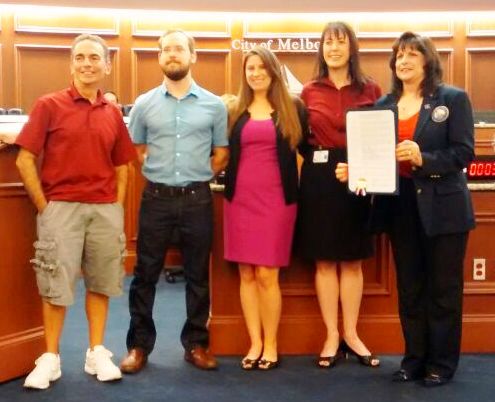 First, we would like to thank everyone who made it to the first Space Coast Electric Vehicle Drivers monthly meet up. It was a perfect day to park our cars at the level 3 charger in downtown Melbourne, Fl and walk over to Meg O’Malleys for a late lunch.

We love the idea that the cars are parked together and are easy to view so people walking by can see electric vehicles of all types in their town. It is a great way to show the town we are here, we are using the newly installed infrastructure, and we will make a point to gather in locations that add electric vehicle supply equipment (EVSE) such as the new CHAdeMO charging station. (Especially when they are located in truly convenient areas of town with easy access to amenities.)

So now we are sure you are asking yourself “what did I miss?” As if the opportunity to dine on some of Melbourne’s most delicious French onion soup wasn’t enough here are the details.  We spent the time discussing our cars, talking about upcoming events, discussing outreach opportunities, what we all do for work, how good the crab cake appetizer is, how we ended up in Melbourne, strange or fun experiences you have had interacting with the public in regards to your electric vehicle, how good this half a rack of ribs is, lots of talk about flying planes (commercial and private), and much, much more.

Couldn’t make it this month? No problem, there is always next month. So save the date for the first Sunday in June which happens to be June 1st at Squid Lips in Melbourne. Be sure to check the website. We look forward to seeing you at the next meet up.

We know you have been waiting to see where our first community event would be so you can come check out Voltron the Red Chevy Volt! Our “no compromise electric vehicle.” We are happy to announce the wait is over!

This Saturday April 12th 2014 we will be at the Brevard Zoo’s Party for the Planet from 10 AM to 3 PM. Look for our tent, banner, and the red Chevy Volt to be parked directly across from the entrance to the Zoo.  We can not wait to see you there.

For more info about the Brevard Zoo’s Party for the Planet event please check out their websites Special Events Page. The Zoo is located at 8825 North Wickham Road, Melbourne, FL 32940