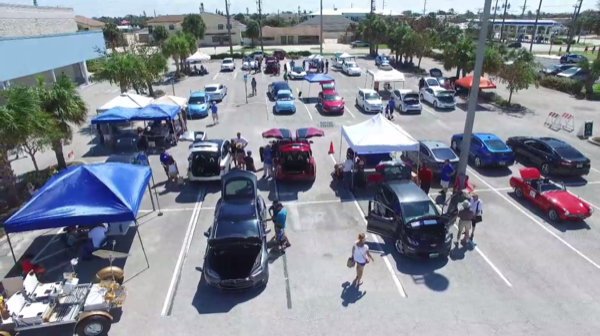 The 2014 event took place  in Melbourne, while 2015 and 2016 took place in Satellite Beach and this year we once again held our 2017 National Drive Electric Week event at the Schechter Center in Satellite Beach .  The big note from this event is that it was planned for the weekend right after hurricane Irma caused a lot of problems throughout Florida.  Due to the hurricane, we didn’t have quite as many electric vehicles show up that were registered but we were still amazed that we had 42 over the course of the day.  Some showed up early then left later on to do hurricane clean up, and others did some clean up early but still showed up later staying to the end.

Let’s just say it. We were blown away by the number of EV owners that volunteered their time to show their car and talk to attendees all about them and answer their questions this year.  We had plenty of owners that gave test rides and some owners let lucky attendees drive their EV around the block.  Everyone agreed that being able to not only see the cars and talk to the owners but  to actually go riding or driving in them really showed the attendees just how great EVs are. Current owners talked facts and figures letting attendees know that these vehicles are available and affordable convincing some that an EV could realistically be their next car.

We opened the event with a speech from Steve Osmer, vice mayor of Satellite Beach.  He kicked off the festivities by reading the official proclamation signed and sealed by the mayor. He  also took the time during his speech to say a few words about how this event lines up exactly with their environmental and green efforts brought forward by the city’s sustainability board.

Everyone loved the FREE raffle prizes that were donated by some of our very own Space Coast EV Drivers club members, Schneider Electric, and Nissan Leaf. The kids especially loved the Simon says game allowing them a chance to grab a few prizes while having some fun.

We had two food trucks out of the four that were registered to be there.  The hurricane made it hard to find generators and messed up the food supply for some of them.  Both the Coastal Kitchen and Good Moos food trucks sold out of most of their food and were a big hit. Everyone loved the ice cream and smoothies from Good Moos to help stave off the heat from the great, 90+ degree sunny weather we had that day.

Sadly, we had a few exhibitors that had to cancel due to the hurricane as well but we still had plenty to help make a great event such as: Melbourne BMW, Solar Energy Systems of Brevard, Citizens Climate Lobby, Florida Institute of Technology Engineering Electric Race Team, Space Coast Progressive Alliance, and Brevard Solar.  Much thanks to all of our exhibitors that came out and a very big thanks to Denis DeSousa from Melbourne BMW who sponsored the water/soda tent, supplying our volunteers and attendees alike with refreshments in the heat.  We love having exhibitors as part of the event and the benefit of having solar installers on hand is being able to show attendees how some of our members who already have solar on their house drive everywhere using pure sunlight as fuel. True zero emissions!

The Kennedy Space Center once again brought their Lunar Rover to display as it is also an electric vehicle.  Kids and adults alike loved to sit on it and take selfies.  We weren’t expecting many attendees to show up due to the hurricane but we counted close to 350!  Thanks to everyone that brought their EVs and everyone who came out to see and learn about them we had a VERY successful event.  We’ll see everyone at our next event in October.  Make sure to check our Upcoming Events page to see where we’ll be next so you can come out and see and learn about all the different makes and models. 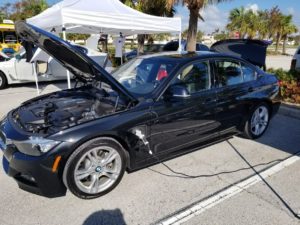 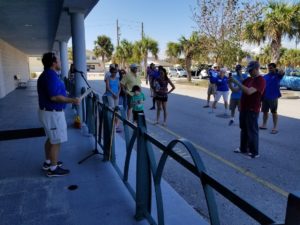 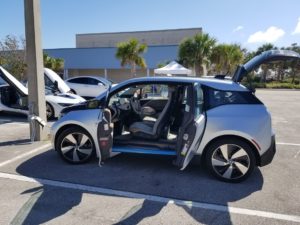 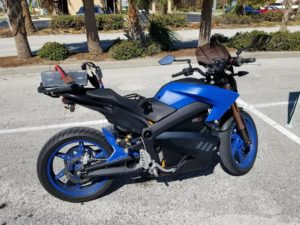 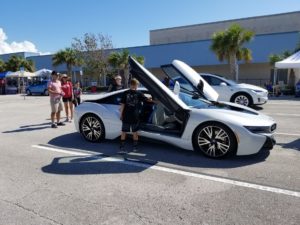 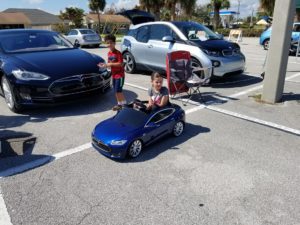 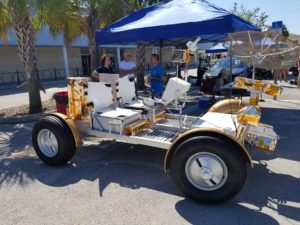 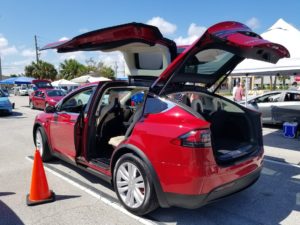 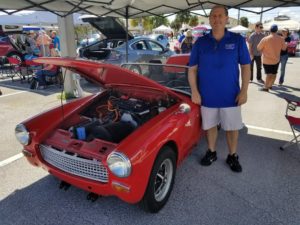 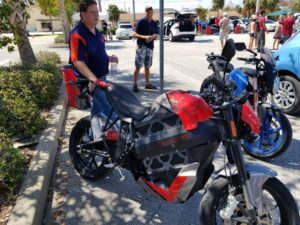 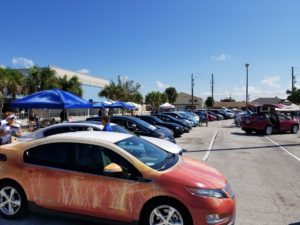 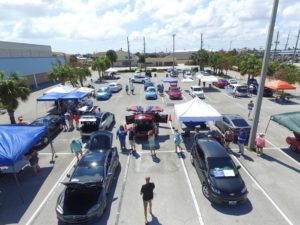 Here’s the link to the full album of photos taken from the event: https://photos.app.goo.gl/ZNgwjxHF2NyzAQB93